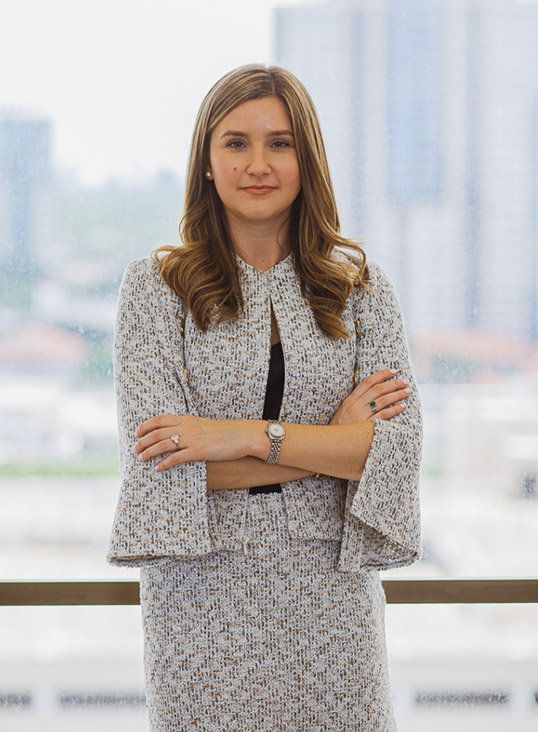 Laura Cockrell graduated early from Texas State University in 2008 with a Bachelor of Arts in Political Science, with Honors, and a Minor in Criminal Justice. During college she was a member of the Golden Key International Honor Society, served on the Honor Code Council, and was elected as a Senator to the Associated Student Government. She earned her Doctor of Jurisprudence in 2012 from South Texas College of Law. During law school, she distinguished herself successfully in multiple advocacy tournaments and competitions as a member of the school’s nationally recognized Mock Trial Team. Additionally, she was selected into membership of the Order of Barristers.

Soon after graduation, Ms. Cockrell accepted a position with Alice Oliver-Parrott, former trial judge and Chief Justice of the First Court of Appeals. From there, she joined the predecessor to Craft Law Firm, P.C., focusing her practice on product liability and catastrophic personal injury cases. In 2013, she joined Hunter Craft in forming Craft Law Firm, P.C. Ms. Cockrell has been recognized as a Texas Super Lawyers Rising Stars Honoree every year since 2017.