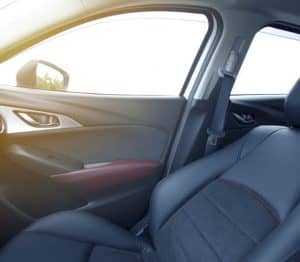 For decades, seatback failures have caused death, spinal cord, and traumatic brain injuries. Children can be especially at risk because of their location immediately behind the front seatbacks. A seatback failure occurs when a vehicle is struck from behind and the seat fails to protect the occupant. This can cause occupants in the front seat to be thrown into the backseat or into the roof of the vehicle. Crash tests have shown how faulty seatbacks can result in injuries and even ejection for the occupants of the car. A Houston seatback failure lawyer at Craft Law Firm can help with your incident.

The National Highway Transportation Safety Administration (NHTSA) has been reluctant to upgrade the current auto manufacturing standards, and as a result, many vehicles still have ineffective seats. A few car manufacturers have set their own higher standards when it comes to strengthening their seats.

When a pattern of injuries is clear, the federal government encourages manufacturers to recall defectively designed vehicles. Just a few examples include:

Auto manufacturers have reportedly known about these issues for decades. However, these companies have millions of dollars in incentives to keep the problems a secret, and seatbacks continue to fail. If you or a loved one was injured or killed in a seatback failure, contact an experienced Houston seatback failure lawyer to determine the best course of action.