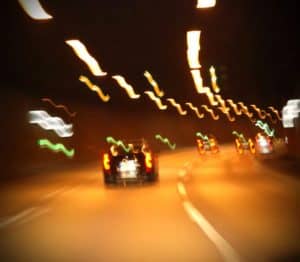 The U.S. Department of Transportation reports drunk driving caused 10,497 fatalities in 2016 and accounted for 28% of all motor vehicle accident deaths. Drunk driving ranked just behind speed-related accidents and just ahead of distracted driving as the leading causes of automobile fatalities. A Texas drunk driving lawyer can help victims of these accidents fight to recover damages.

A drunk driving accident is defined as one in which the driver is over the age of 21 years old and has a blood alcohol concentration (BAC) of 0.08 g/dL (grams per deciliter) or higher. It is illegal in Texas for a driver under the age of 21 to have any alcohol in their system while driving. Intoxicated drivers do not necessarily have to be drunk to be on the road illegally. It is illegal to drive under the influence of any controlled substance, both legal and illegal. Regardless of the cause, drunk driving accidents are tragic because they can be easily avoided.

Effects of Alcohol on Drivers

Drunk driving is one of the leading causes of motor vehicle accidents, and these crashes can result in everything from serious injuries to wrongful death. According to the National Highway Traffic Safety Administration, when a driver has a BAC of 0.08 or over they can begin to experience the following effects:

Additionally, drugs other than alcohol (both legal and illegal) are involved in about 16% of motor vehicle crashes. With marijuana use increasing, 13% of nighttime and weekend drivers have marijuana in their system.

Drunk driving accidents occur in Texas more frequently than anywhere else in the country. In 2016, 1,438 fatalities were caused by alcohol-impaired drivers in Texas, which accounted for 38% of all vehicle deaths. Texas criminal law makes it illegal for drivers to operate a motor vehicle with an elevated blood alcohol level or while intoxicated by drugs. A driver is considered legally impaired when they “lack the normal use of physical or mental faculties” as the result of drinking alcohol, ingesting a drug, or taking any other intoxicating substance.

Under civil law, a driver may not operate a vehicle while impaired by either alcohol or drugs. If you or a loved one was injured or killed as the result of a drunk driving accident, you have a limited time to act. Be sure to contact an experienced Texas drunk driving lawyer who can help.