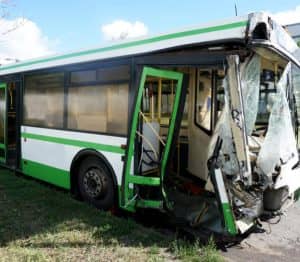 According to the Federal Motor Carrier Safety Administration, 4,455 people were killed in large truck and bus accidents in 2017. Bus accidents are actually far more deadly to passengers in other vehicles involved in the accident than they are to passengers riding in the bus itself. Among school bus crashes from 2010 – 2019, only 11% of the people killed were actually on the bus. If you were involved in an accident, a Houston bus accident lawyer at Craft Law Group are ready to take on your case.

All buses, from private tour buses to those involved in public transportation, can experience crashes on a regular basis. Bus companies and drivers can be at fault for an accident when they fail to comply with federal and/or state law. Buses by their very nature have blind spots due to their size, making it hard for the driver to see.

Other causes include but are not limited to:

Accidents involving a bus tend to be far more complex than a standard motor vehicle accident. More than one party may be responsible for the resulting damages. For example, one or more of the following entities may have played a role in causing a bus accident:

Victims of bus accidents are entitled to recover damages for expenses, such as medical bills, lost wages, reduced earning capacity, destruction of property, pain and suffering, and more. Be sure you have an experienced representative on your side when dealing with a bus company and its representatives. Craft Law Firm’s Houston car accident attorneys have successfully handled bus accident cases across the country, and we welcome the chance to help your family. Contact us today for a free consultation.